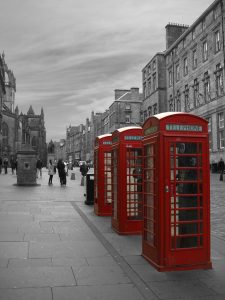 OK this post is unrelated to any current political debates in Australia. Or camels.

What it is related to is homophones: those words that sound exactly the same when we speak them (homo = same, phone = sound) but are spelled differently depending on their context, because they are actually different words. That sound the same. Gah!

Often they appear in cliché phrases—in a predictable, expected formula of words—so we hear them all the time. It’s not until they appear in written form that the different spellings trip us up. It happens to the best of us.

Here are some examples I’ve seen around:

This is all forgiven when it’s between friends, of course. Unless you have particularly narky friends. In which case, I’d have to advise you to encourage them to be less narky, and/or find some new friends. However, if you’re writing something for publication, or in a professional context, and need it to be taken seriously, there’s good news: this is where a proofreader can be your friend.

Alternatively you could read widely and by this process learn when it should be “stairs into space” or “stares into space”, “weather the storm” or “whether the storm”… but really, who’s got time for that these days? Send it all to a proofreader and they’ll sort it out for you, without judgement or condemnation, at a reasonable rate. When I say “a proofreader” you know I mean send it to me.

People tell me that writers mixing up ‘its’ and ‘it’s’ is annoying. It’s just as well because this reassures me that it’s not just me. See what I did there?

Guys, that’s the rule. Don’t you love its simplicity? It’s yours. For free. You’re very welcome.

Because the English language is a mad despot, and its grammatical features sometimes struggle to deal with all the demands. Like the employee who can’t say “no”, poor overworked apostrophe-plus-s is given multiple jobs, and sometimes it just can’t cope.

‘It’s’ is a contraction, like ‘don’t’ = ‘do not’ and ‘isn’t’ = ‘is not’. Contractions have an apostrophe to stand in for the missing letter.

Even though it looks like it should, ‘it’s’ does not = a thing that belongs to ‘it’.

Lots of other possessive words take an apostrophe, like ‘the cat’s dinner’. But ‘its’ is an exception. It’s a possessive word that can’t possess an apostrophe. This trips up so many writers that it begins to look like it’s really, really in need of an apostrophe. But don’t be taken in! It’s just in a class of its own. The English language is trying to manipulate you into committing a grave grammatical error. Don’t let the mad despot win. 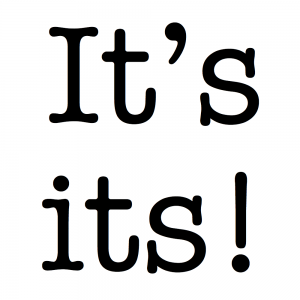